It’s been a while since last update, it had been super busy month for me, and I still having busy month waiting ahead.

While trying to play some game to relief a bit from work, I found that my Xbox 360 controller’s receiver for my PC isn’t working anymore, Windows does not detect it, the light doesn’t glow, and the best part is I lost the receipt (Ouch!), I guess I can’t send it for warranty.

So then I found a fix on the receiver (duh, why Xbox’s product having this hardware problem).

First, I have to get the cover open, it don’t have screw any where, it’s glued to the based, so I have to lever it up through the back of the receiver, which I found it is more easy to get in as the back there is rubber. 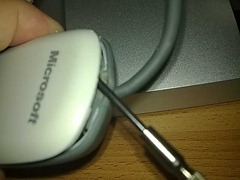 After get a crack from the back there, will need to proceed to the side. 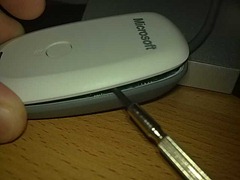 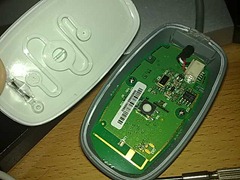 After that the board need to be take out, the fuse is located at behind of the board. Unscrew the only 2 screw on the board, and flip it over. 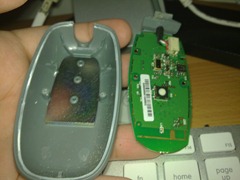 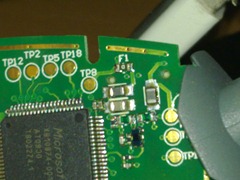 The problem is fuse, it burn or something, and we need to bypass it by soldering the 2 side together skipped over the middle part, where fuse sit, at the F1 location on the board.

Too bad I don’t have the soldering tools, but tested with some conductor, it works, I wish I can say I fixed. While I get my soldering tools, I’ll just stop gaming at the moment. But not sure if bypassed the fuse will bring any harm to the receiver or my CPU, finger crossing.