Another free OS for netbook appears, perhaps trying to take on Google’s Chrome OS? Downloaded the ISO and tested it. 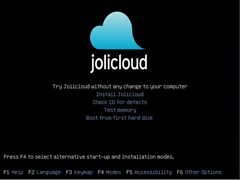 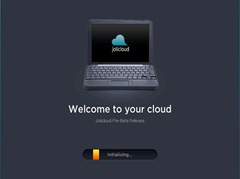 Loading screen is actually nicer than Ubuntu. Nice and sleek dark gray with a nice HP Mini (I guess) there, with a nice orange color progress bar. 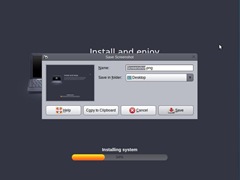 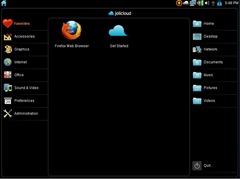 After login, greet with a nice black and simple screen, which all of the menu item is just like other Linux distro. 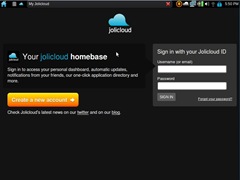 When click on the cloud on top right item, it’ll bring us to the jolicloud homebase, which I’m not interested to try out. 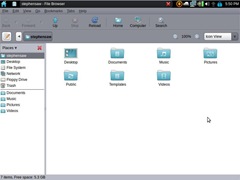 Clicking on the folder and other stuff still open a windows like usual Linux distro.

Beside of the home screen, most of the thing looks like Ubuntu to me, and the home screen might get people not so use to it on first time use, as it does not looks like usual Windows, Mac OS X, or other Linux distro desktop, well, at least for me, is eye catching, but I prefer usual desktop, so Ubuntu still the suit me best.